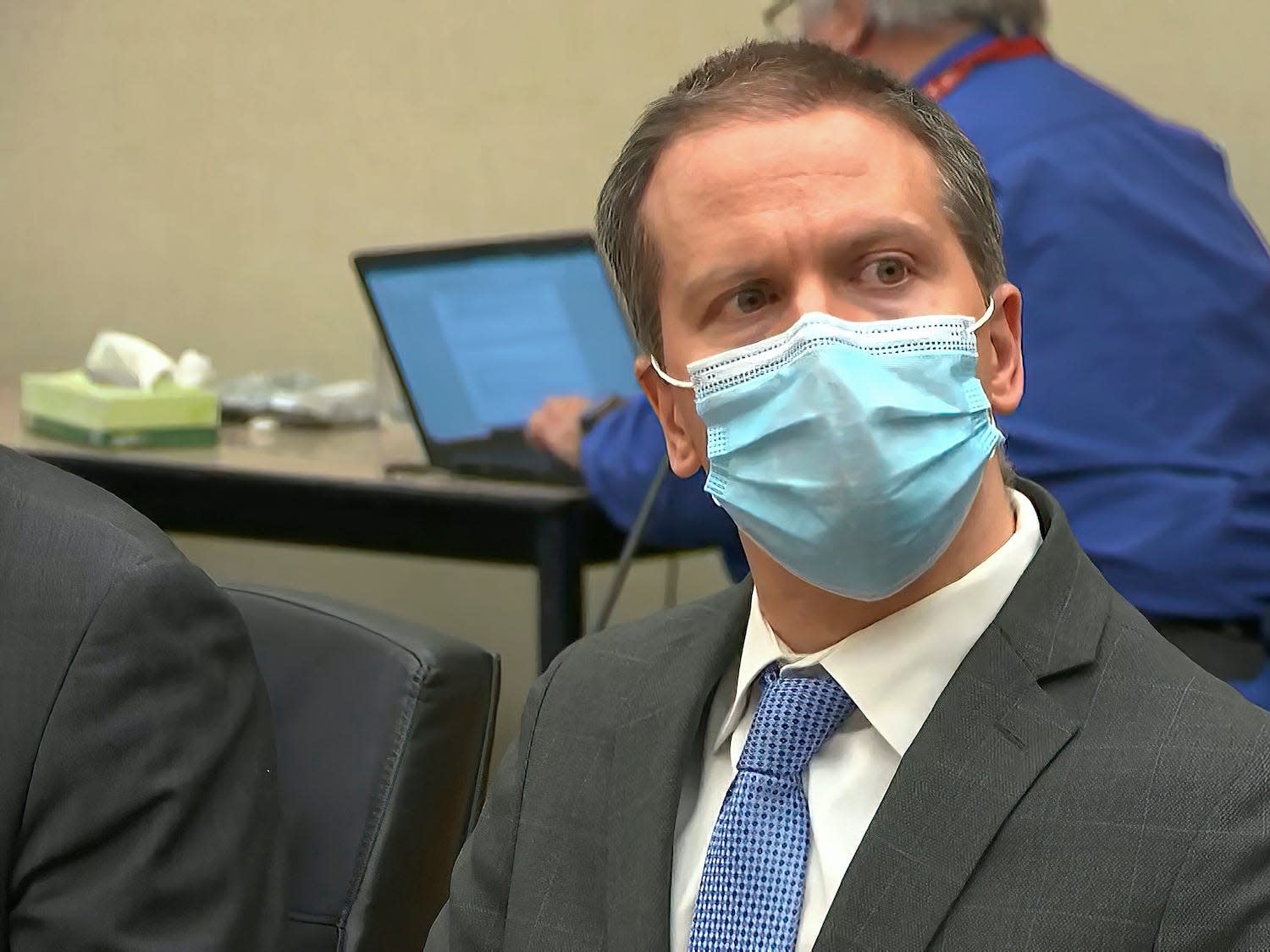 of venue in violation of Mr. Chauvin’s constitutional rights to a due process and

the court he’d never been at a protest.

Mitchell, a high school basketball coach, was pictured at the March on Washington

event wearing a T-shirt with a picture of King and the words,

‘GET YOUR KNEE OFF OUR NECKS’ and ‘BLM’.

Experts say the revelation could be grounds for the cop’s appeal, but Nelson’s motion

the fairness of the trial.’

defense’s expert witnesses, from which the jury was not insulated,’ Nelson wrote.

‘Not only did such acts escalate the potential for prejudice in these proceedings,

expert witnesses – especially in high-profile cases, such as those of Mr. Chauvin’s

codefendants – to testify on their behalf.’

that the case suffered a ‘structural defect’ in the proceedings.

Just In: Rapper Snoop Dogg Needs Prayers For His Mom

Breaking: Christ Embassy under investigation for allegedly holding a crowded event in...

Ex-Man United star Chris Eagles arrested for ‘being drunk and asleep in...