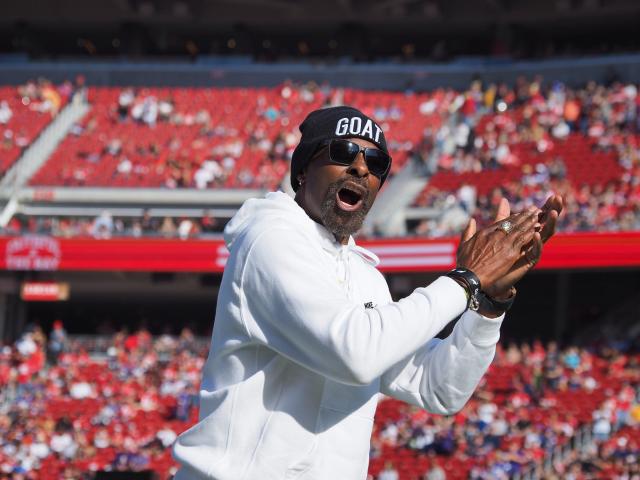 starting to ‘cross his mind’ because of Deion Sanders.

Before he became the greatest wide receiver to step foot in an NFL stadium, Jerry Rice

While the idea of coaching at any level hadn’t really crossed his mind, Jerry Rice says

“Not until Deion with Jackson State,” he said in an interview with Sports Illustrated’s

“Because I felt like I played the game for such a long time. And I was so totally

committed. And I just poured everything into my career, that I didn’t have anything

left,” Rice added. “Because, as a coach, you really don’t have a life. I mean, coaching.

It is hard, man, it takes up the majority of your time. But yeah, it takes a total

commitment. And you got to be all in. So, it started to cross my mind just a little bit,

Jerry Rice and Deion Sander had 13 years of overlap in the NFL. Both perennial All-

Pro talents, the two superstars spent 12 years as adversaries and one season as

teammates with San Francisco in 1994.

Since taking over as the head coach of Jackson State in 2020, Coach Prime has

portal pick-ups. This past season, he led his SWAC squad to an 11-2 overall record.

During his college days, Rice starred as a standout wide receiver for Mississippi Valley

State — another HBCU in the SWAC.

Aston Villa agree on deal for  Diego Carlos from Sevilla

Transgender cyclist: Emily Bridges insists she has no advantage over female rivals