Kvitová bows out of Australian Open

January 18, 2022 181 views
Petra Kvitová has bowed out of the Australian Open after a 'painful' defeat
Loading... 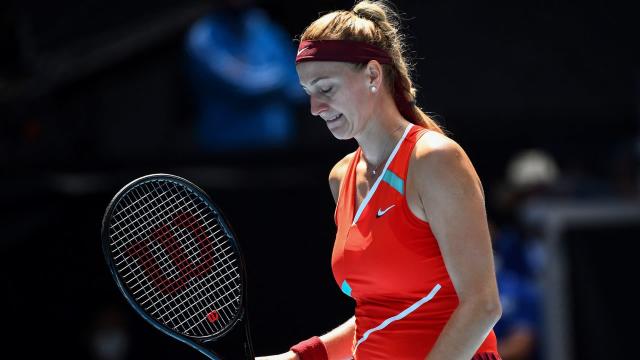 Petra Kvitová has bowed out of the Australian Open after a ‘painful’ defeat.

successive year at Melbourne Park, the Romanian veteran easing to a 6-2 6-2 victory

on John Cain Arena. … “I don’t think I have much to say,” said Kvitova

“It wasn’t really going my way the whole month. That’s how it is. It’s a sport and I

just have to fight through and be better at it.”

The 20th seed, who lost to Naomi Osaka in the final three years ago, entered two

“I didn’t play a lot of matches at the beginning of this year,” she added.

“I did have some health issues the whole month as well, so it was tough to practice. It

wasn’t really easy this beginning of the season, but the season is long, so I hope that

world number 221 Priscilla Hon in the first round of the Adelaide International.

many matches as she could under her belt and hopefully kick-starting her season.

“This loss is very painful, in the first round after like a whole month,” she said.

“Yeah, on one hand, I’m not surprised really how everything ended. But on the other

hand, of course, when I play a match I always want to win.”

Aston Villa agree on deal for  Diego Carlos from Sevilla

Transgender cyclist: Emily Bridges insists she has no advantage over female rivals