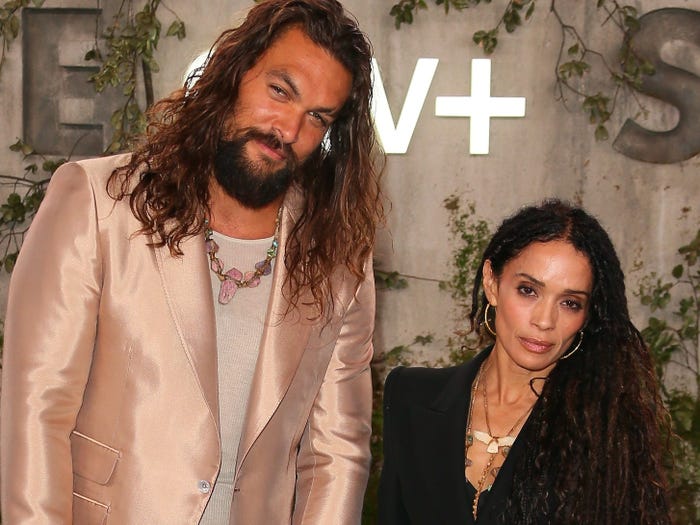 he and wife Lisa Bonet are “parting ways in marriage.” The couple’s joint

statement says, “We share this not because we think it’s newsworthy but so that as

we go about our lives we may do so with dignity and honesty.

Though they were together for nearly two decades, the duo tied the knot in 2017.

The Aqua Man actor posted a message on Instagram containing the news.

He wrote: “We have all felt the squeeze and changes of these transformational

news -“That we are parting ways in marriage.

lives we may do so with dignity and honesty.”

Jason Mamoa continued: “The love between us carries on, evolving in ways it wishes

to be known and lives.”We free each other – to be who we are learning to become…

“Our devotion unwavering to this sacred life & our Children.

“Living the Prayer “May Love Prevail.” Jason included several photos along with the

statement. He included a photo of a sunset, several tall flags, and what appeared to

be one of his children holding a bird.

Rapper Fetty Wap arrested for threatening to kill someone over FaceTime

Beyoncé vows to change this ‘Renaissance’ lyric amid backlash

Pat Carroll, famous for voicing Ursula in The Little Mermaid, has died