Machine Gun Kelly gets into a physical altercation with a fan

September 27, 2021 166 views
Machine Gun Kelly gets into a physical altercation with fan 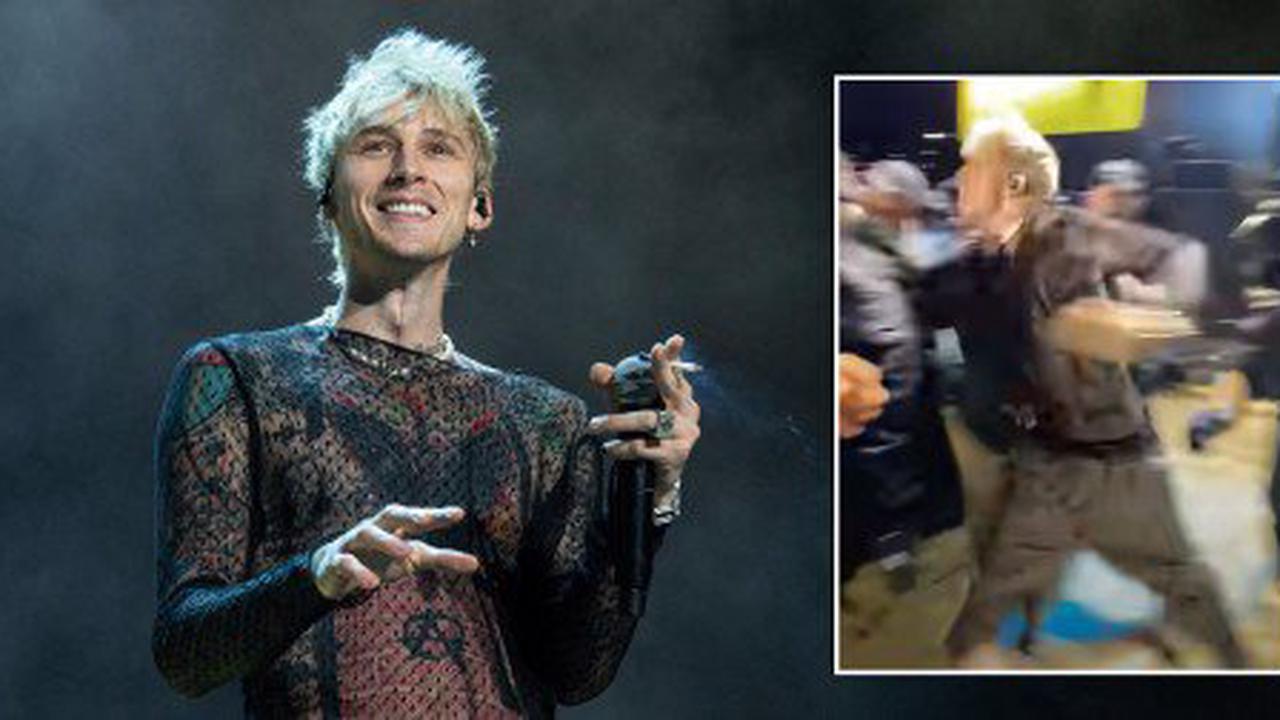 Machine Gun Kelly got physical with a fan after being booed off the stage.

It’s been a dramatic few weeks for MGK, what with Conor McGregor going for him at

the MTV Video Music Awards and him starting a feud with Corey Taylor, and it’s

The 31-year-old, real name Colson Baker, was headlining the festival in Kentucky

when he jumped off stage to join fans at the front of the stage.

Machine Gun Kelly, with the Bloody Valentine singer pushing him back.

MGK appeared to throw a punch as security dragged the man away, although it’s

MGK and chanting ‘you suck’.

and singing along, and tweeting: ‘i don’t know why the media lies in their narrative

against me all the time but all i saw was 20,000 amazing fans at the festival singing

every word and 20 angry ones.’

America’s Got Talent contestant Skilyr Hicks is found dead at 23 in...