September 24, 2021 530 views
Emre Demir will join Barcelona B next season from Kayserispor.
Loading... 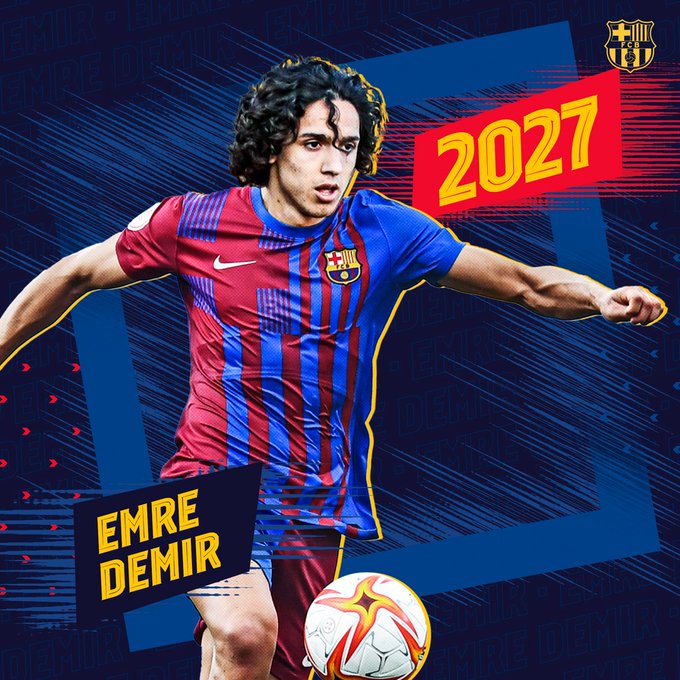 Loading...
has issued a statement confirming the transfer of Emre Demir, a 17-

Blaugrana in exchange for two million euros, with the Catalan club having set

his buyout clause at 400 million euros.

2021/2022 before linking up with Barcelona B from the start of next season.

That was when he became the youngest scorer in the Turkish top-flight at 15 years,

The youngster, who previously had a trial at Barca’s La Masia academy in 2017,

Jadakiss teams up with his son Jae’Won and C.J. Wallace for New...

Hulk Hogan says he’s divorced from his second wife, announces he has...