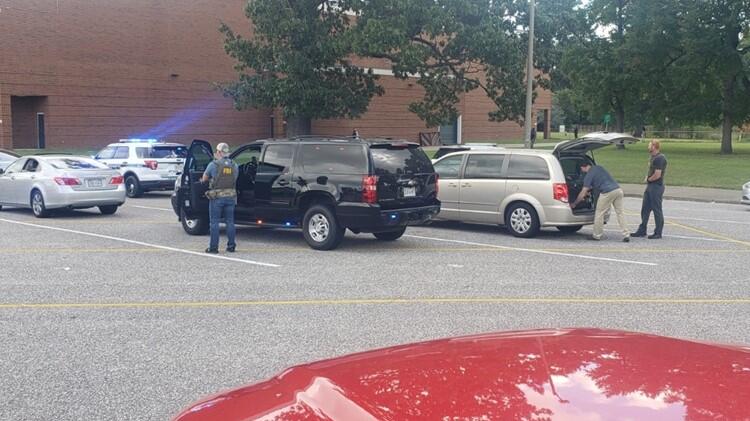 At least two people were shot at Heritage High School in Newport News, Va. on

Monday, and hospitalized with wounds that are not life-threatening, according to

Police did not release any more information about the shooting, including whether

there were more victims. Students were evacuated from the school earlier in the day.

Reports of active shooters at other high schools nearby are false, police said.

Students were being evacuated and sent to the school’s tennis court, cops confirmed.

Parents were told to meet the students there.

arriving at the scene.

Michelle Price from Newport News Public Schools told the outlet that it was a “major incident.”

Emergency responders were also on the scene, according to local reporters.

According to ABC, the FBI field office in Virginia is assisting Newport News police in

shooting at the high school.

Achievable Dream Academy was placed on lockdown following the shooting.

There is no confirmation of any fatalities so far. Police continue to investigate the

Just In: Mike Gargiulo dead at 95