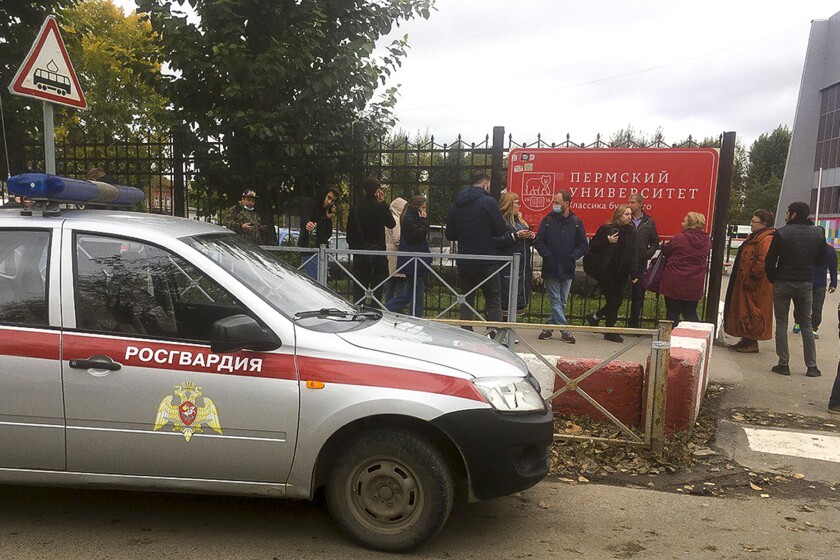 The assailant walked on to the campus on Monday morning and started shooting.

Students and teachers barricaded themselves inside the university building; others

were seen jumping from windows.

Pictures appear to show a figure holding a weapon outside the university, and people

in the auditorium have been told to stay put and ‘shield’.

Others have been told to leave the campus, and to turn back if they are on their way.

Russian police say the attacker has been detained.

The incident occurred at at Perm State University, located around 1,300 kilometres

Videos circulating on social media shows students throwing belongings from
windows from buildings on campus before jumping to flee the shooter.

Just In: Mike Gargiulo dead at 95