September 10, 2021 217 views
Fifa has launched an investigation into England and Poland's bust-up 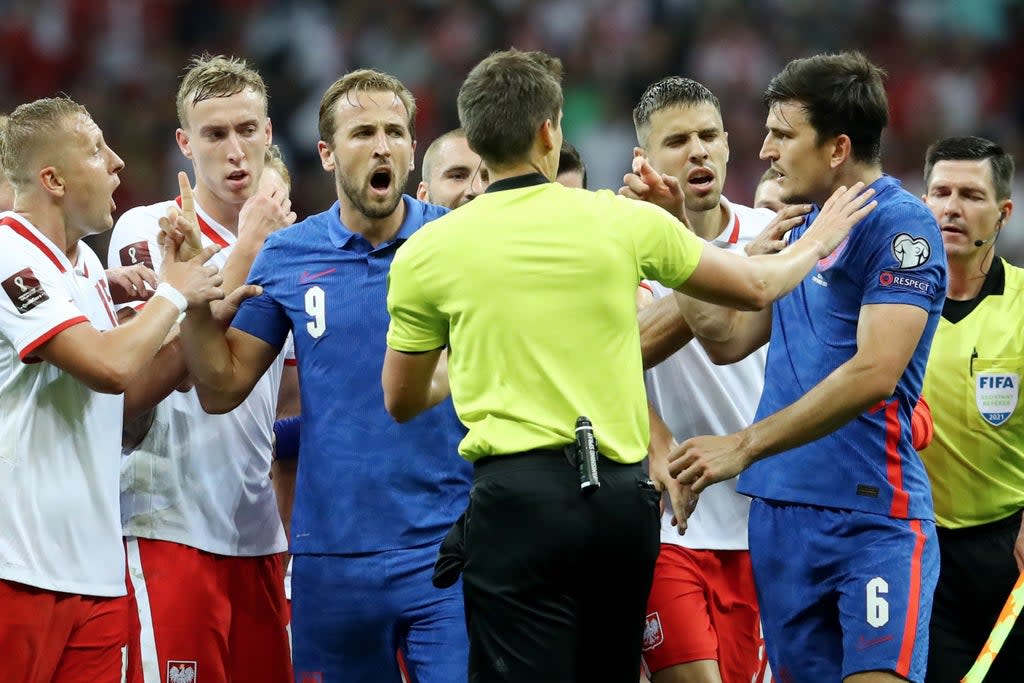 tunnel at the Stadion Narodowy in Warsaw.

incensed during the clash.

A report has been submitted to the match officials, with the FA waiting to see what

action FIFA, who announced today they are investigating the incident, might take

After the 1-1 draw, Gareth Southgate said: “We’re getting to grips with what that was.

“We’re still gathering all the evidence so there’s no point speculating further.”

Harry Kane added: “There was an incident reported to the FA. They’re investigating

and we’ll go from there.

“Allegedly it was something that was done, not said.”

“It was an ordinary field jostling,” the Poland defender told TVP Sport. “It all started

with a free kick for us. There was a fight for position, a scuffle. I tried to shake

Walker’s hand, but he wouldn’t take it. It was a verbal scuffle, nothing else

FA said there had been a racist remark made but Glik says that is completely not true.

I know the players and they have not done that and nor would they. We completely

deny any allegations of wrongdoing.”

FIFA, however, is looking into the matter and a spokesperson said: “FIFA is in the

between Poland and England. The relevant information will be assessed by the

competent disciplinary bodies in order to decide on next steps.”

Everton confirm the appointment of Duncan Ferguson as caretaker manager

Ralf Rangnick reveals his row with Anthony Martial has been ‘resolved’ after...

Everton considering Wayne Rooney or Frank Lampard as a replacement for sacked...

Andy Murray through to Australian Open second round after impressive Nikoloz Basilashvili...

Kvitová bows out of Australian Open