August 10, 2021 95 views
The Posters of Messi are Currently Being Torn Down at the Camp Nou Stadium 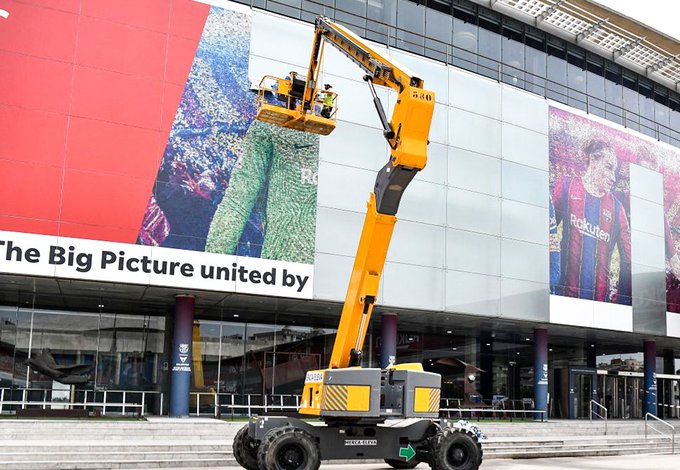 Lionel Messi posters are already being TORN DOWN at the Camp Nou, As the

Argentine closes in on a free transfer to Paris Saint-Germain.

Messi leaves Barcelona as the all-time leading scorer with 672 goals.

The entire poster on the side of Barcelona’s 99,000-seater stadium has been removed
following Messi’s departure, while club officials were also seen taking down smaller,
street-side posters with Argentina’s face on it.

‘humility and respect’ from the club after he left.

when I leave the club.’  Messi also revealed how much he was willing to sacrifice in

order to stay in Barcelona.

He said: ‘I took a 50 percent wage cut and we had closed the deal. The club did not

ask anything else from me. They did not ask me to take a further 30 percent cut,

that’s a lie. We did everything possible.

Honestly, when the elections happened (in March), I spoke with (club president Joan

Laporta), we had dinner and after that, I was convinced I would be staying,’ he said.

‘My contract was never the issue… What I know is that I did everything I could.

The club says it could not happen because of LaLiga.

‘I can guarantee you that I did everything I could to stay. Last year I didn’t want to

and I said that, but this year it was different.’

Juventus and AC Milan accept a share of the spoils in Serie...

Lazio goalkeeper Thomas Strakosha in tears after fans unveil a banner in...

Henderson shoots Liverpool ahead of Atletico in Group B