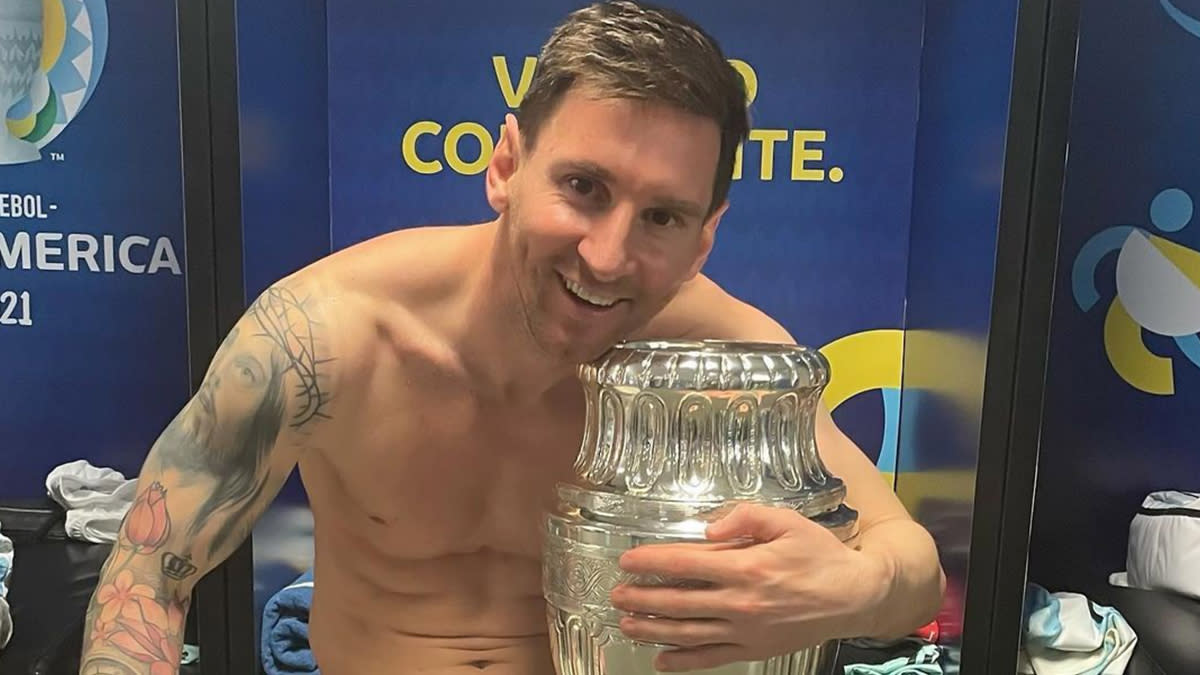 It is the first major trophy the attacker has won with Argentina, having previously

The Juventus forward, 36, has more than 19.8 million likes for his post paying

homage to the late Diego Maradona in November 2020.

But after Messi, 34, helped Argentina win the Copa America by beating Brazil 1-0

In the final, his post-match snap broke the record.

He captioned the post: “What a beautiful madness! This is unbelievable! Thank you,

God! We are the champions.”

Messi, who won his first international trophy, is currently holidaying in Miami with

his wife as he looks to finally sign a new Barcelona contract.

club. But now under new president Joan Laporta, the iconic Argentine is close to

committing his future to the Nou Camp.

but will be offered a five-year deal instead of the two years initially talked about.

Just In: Mark Clattenburg reveals why he quit refereeing

Just In: Ric Flair’s ‘Woo’ edited out of WWE intro

Just In: British Champion Emma Raducanu delays her return to the court