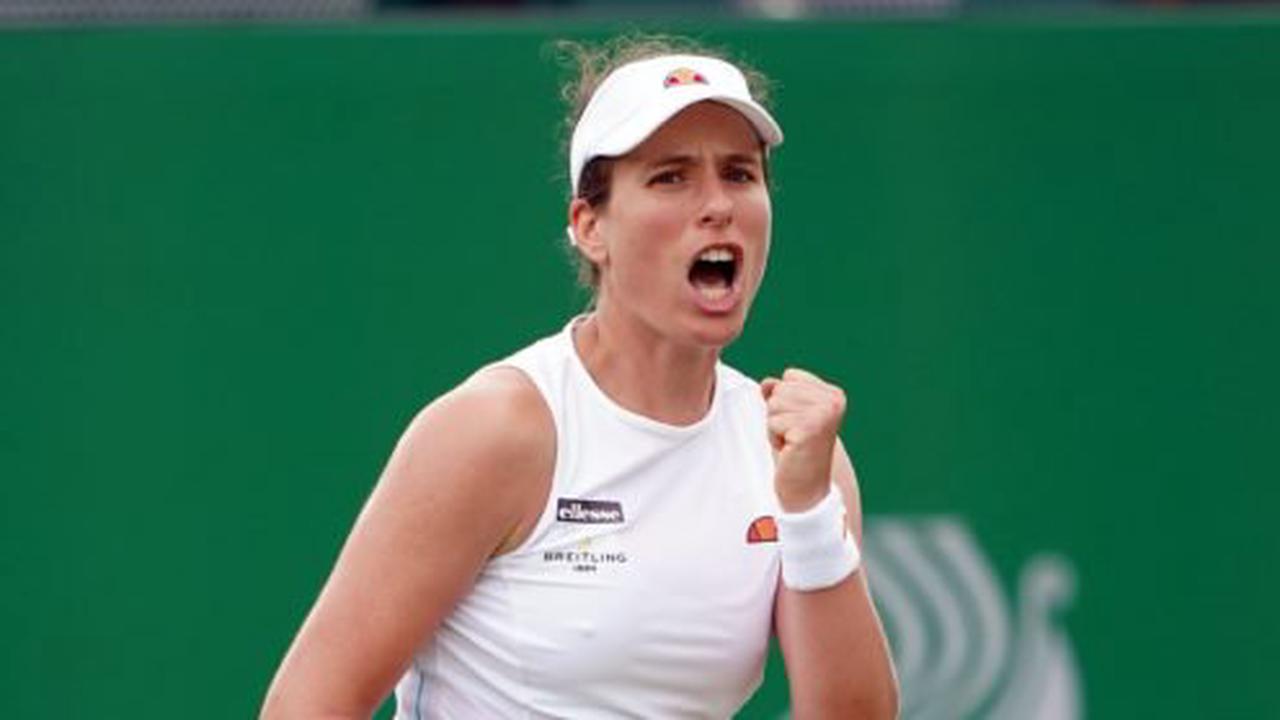 Johanna Konta who won a first WTA title in four years on the grass courts of Nottingham,

Konta, a former Wimbledon semi-finalist, has long been managing the injury and felt it

was the right decision to withdraw from Eastbourne.

career, claiming it will not affect her chances at the All England Club, where she harbours

hopes of becoming the first British ladies singles champion since Virginia Wade in 1977.

I think at the beginning I didn’t really acknowledge that there was something going on,”

she said. “It took way too long on my behalf to address it properly and by that time it was

“Tendon issues, they’re not simple, they don’t follow any specific blueprint on rest,

recovery, rehabilitation and then you’re back good to go, it’s basically just management.

“It’s the first time I’ve ever experienced anything like that. Knock on wood, I have been

very lucky, I haven’t had any sort of injury which has needed surgical intervention or

anything that has been very brutal that has properly kept me off the court.

This has been one of those things that I’ve had to train through and look to manage. It’s

something I’ve had to get used to.

“Will it be part of the rest of my career? Possibly. I do think I definitely have more longer

stretches of it being very good and pain-free.

“I wasn’t pain-free for the best part of two and a half years, so there are a lot of positive

“I do think I’m going to be managing this for quite some time. Hopefully, I’ll kick it before

Konta says a lot of gym work is required to manage the issue, but she is not worrying

about it flaring up during a match.

“It’s a managing thing,” she added. “I look to manage that I’m putting enough load

through it, make sure all the muscles around it are strong enough, make sure I give it

that’s been the protocol for me with this tendon issue.

acute it is at the time.

“I don’t really look to expend any energy on fretting about it or worrying about it. I know

“I’m giving myself every chance to be at my best when I step out onto the court.

It’s Baloon d’Or that is missing me – Ibrahimovic