May 26, 2021 67 views
N’Golo Kante and Edouard Mendy return to training ahead of Man City final 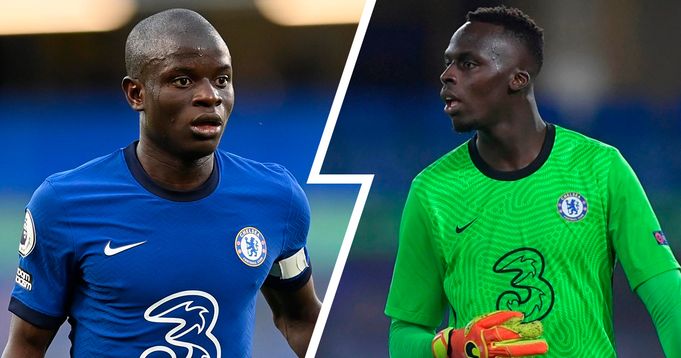 Cobham. Chelsea in-form midfielder N’Golo Kante has been struggling with a hamstring

problem to the extent he missed Sunday’s Premier League finale at Aston Villa.

In the same game keeper, Mendy Mendy was forced off at half-time after crashing into the

goalpost making a save and injuring his ribs.

Thomas Tuchel l was sweating on his No1’s fitness.

the group and then did a session on their own.

a full squad to choose from.

Without Kante on Sunday, the Blues slumped to a poor performance and 2-1 defeat

against Villa in the West Midlands.

Midfielder Mateo Kovacic, himself just back from injury, struggled to replace Kante at the

evening, some of which will be open to the media.

Breaking: Marko Arnautovic has been slapped with a one-match ban

2021 AFCON: Super Eagles to travel by boat to Cameroon for tournament

Tyson Fury claims he’s packed on 27lbs of muscle ahead of Wilder...

Paul Pogba speaks out on the bite incident with Antonio Rudiger in...

Breaking: Marko Arnautovic could be kicked OUT of Euro 2020

Dean Henderson withdraws from England squad for Euro 2020 with a hip...