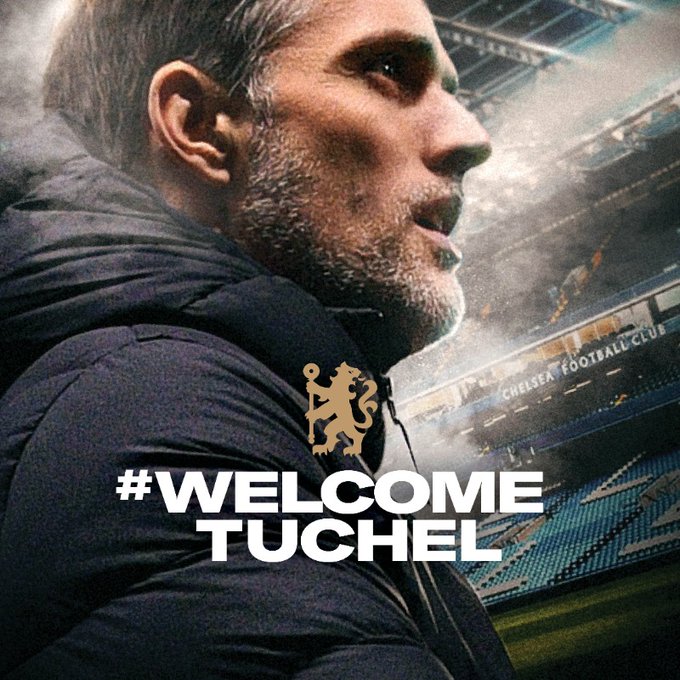 Tuesday, a day after the sacking of former manager Frank Lampard from the position.

Tuchel has been tasked with hauling the underperforming Blues back into the Champions League next season.

Champions League final during his time in the French capital.

Prior to that, he spent seven seasons coaching in the Bundesliga, first with Mainz, where he led them into the

Europa League, and then a successful period with Borussia Dortmund where he won the German Cup.

in the Stamford Bridge dugout for Wednesday’s Premier League clash with Wolves.

I would like to thank Chelsea FC for their confidence in me and my staff,” Tuchel told the club website.

“We all have the greatest respect for Frank Lampard’s work and the legacy he created at Chelsea. At the same

time, I cannot wait to meet my new team and compete in the most exciting league in football. “I am grateful to

now be part of the Chelsea family – it feels amazing!”

Tuchel was available after his departure from Paris Saint-Germain,  before being replaced by ex-Tottenham

Man City stars could scoop up to £1m each if they win...