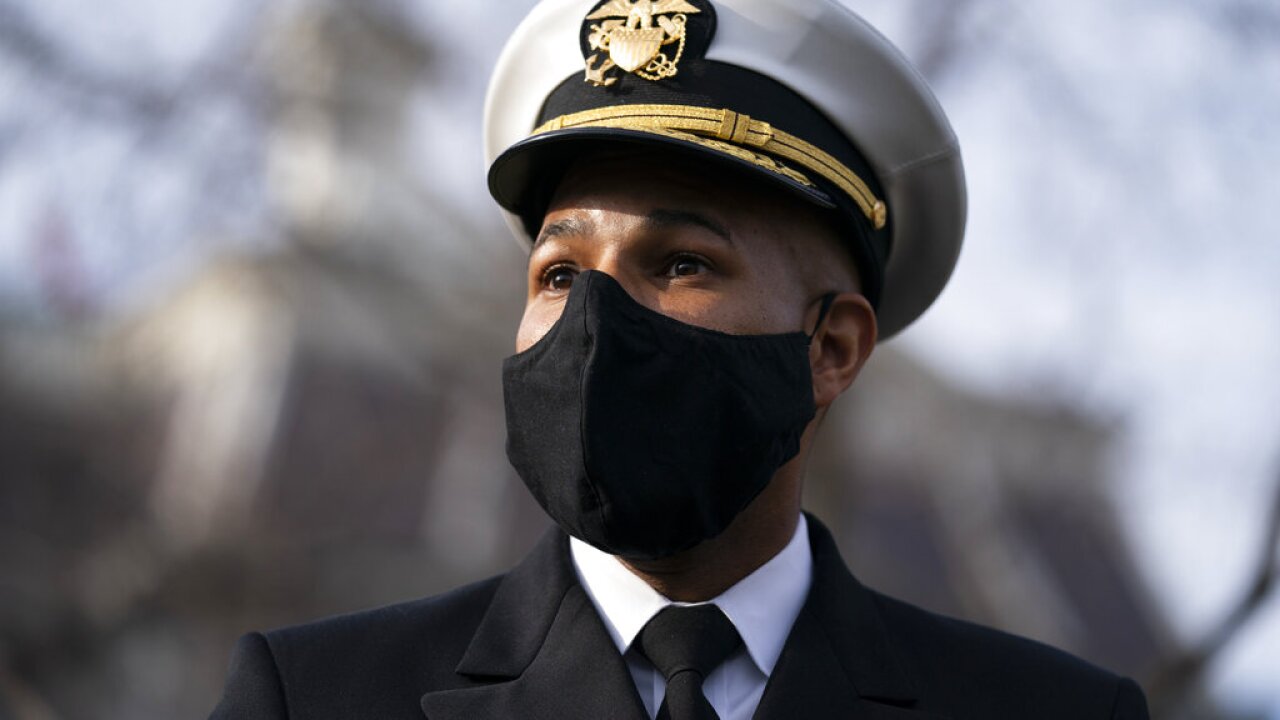 U.S Surgeon General, Jerome Adams has resigned from his position at the request of President Joe Biden.

Adams, 46,  was nominated by former President Donald Trump and sworn into the job in September 2017

Thank you for the opportunity to serve this great nation, as this has been the honor of my life,” wrote Adams

in a Facebook post on Wednesday. “Three years and five months ago, I was confirmed as just the 20th United

States Surgeon General – and only the second-ever African American male to serve in that role.”

for the role. He previously served in the position under former President Barack Obama and he’s close adviser to

When his nomination was revealed, Murthy said he never dreamed he’d have the honor to once again serve as

In this moment of crisis, I’m grateful for the opportunity to help end this pandemic, be a voice for science, and

support our nation on its path to rebuilding and healing,” said Murthy.

Murthy’s nomination will still need to be confirmed by the U.S. Senate before he can begin work.

information available on how to improve their health and reduce the risk of illness and injury, according to the

Breaking: I will not take COVID-19 vaccines – Gov. Yahaya Bello

Just In: Prince Philip to remain in hospital over the weekend

Covid-19: Vaccine ‘to be delivered to UK hospitals in 10 days time’

Just In: Slovakia holds a national test for COVID-19

Breaking: NHS workers are ‘set to get a vaccine in weeks