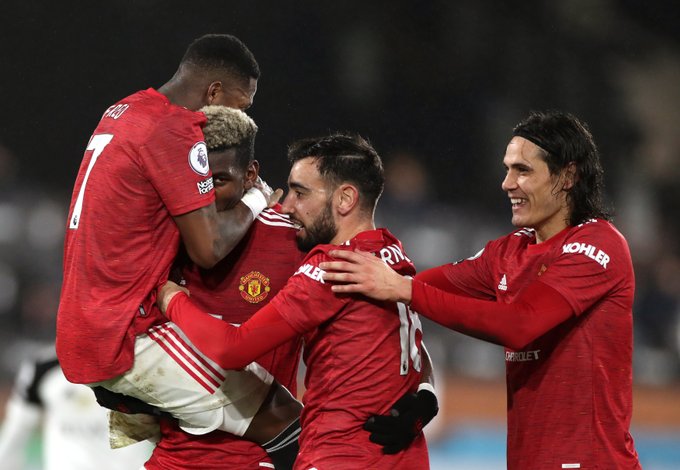 Paul Pogba has once again showed his class by helping Manchester United return to the top of the APL table.

more difficult way. Ole Gunnar Solskayer’s men once again came from behind to grab all three points against

Fulham at the Craven Cottage

Manchester United kept at their sluggish ways until Bruno Fernandes jolted back into life, a quarter of an hour

into the game. He hit the post and then followed it up with a cross from the left flank which was spilled

into Cavani‘s path by the Areola. The Uruguayan had no trouble sidefooting the ball home.

moment of inspiration. Just when the deadlock looked too tough to be broken, Paul Pogba provided the much-needed spark for Manchester United with a peach of a strike with his left foot.

After receiving the ball on the right side of the pitch, he shifted past two Fulham players and then decided to go

for goal himself. He went for it with his weaker foot and curled it home past the despairing dive of Alphonse

Areola to give Manchester United the lead.

of the Uruguayan’s header. Ruben Loftus-Cheek was Fulham’s standout performer on the night and he came

close twice as the Cottagers drove on in a bid to restore parity.

Just In: Luis Suarez has suffered a muscle injury in his left leg