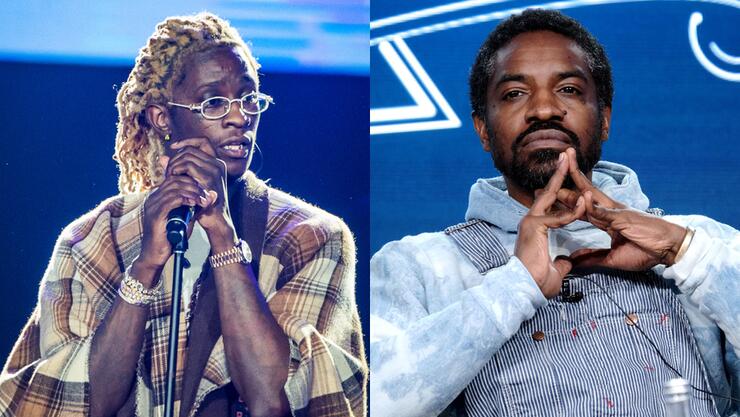 Young Thug is being dragged on Twitter, and Andre 3000 fans are leading the charge.

took as disrespect toward Dre. While speaking on T.I.’s Expeditiously podcast earlier this week, the 29-year-old

Andre 3000 — who made similarly eccentric fashion statements during his prime — to which Thugger responded:

”I only did that for my generation, though. I can’t rap you two Andre 3000 songs. I ain’t never paid attention to

Taken aback by the slight, T.I. challenged Slime’s dismissal of Dre’s influence and likened his greatness to that of

Elton John, with whom the Atlanta native has also collaborated.

Young Thug’s reply was even more bizarre: “But the difference between Elton John and Andre is – to simplify it –

Elton John likes to kiss a—, and Dre likes his a— kissed.”

Just In: James Brown allegedly getting death threats from Bobrisky

Just In: YFN Lucci surrenders himself to police