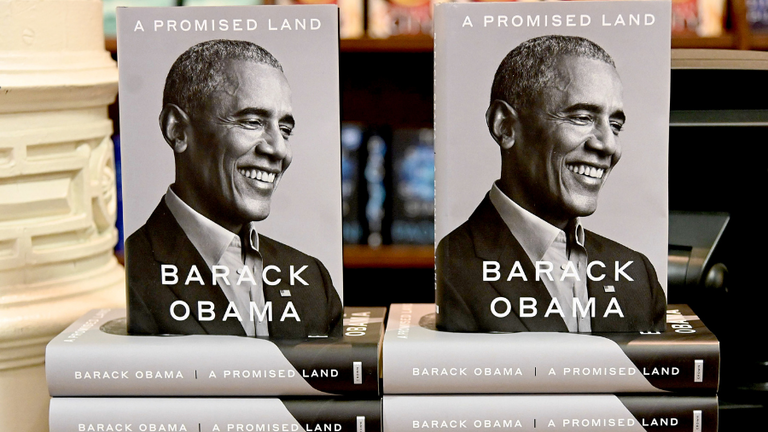 according to the Associated Press.

The memoir is currently on track to set a sales record for a presidential memoir.

The only book to compare to his first-day sales is Becoming by his wife, Michelle Obama. In 2018,

Becoming sold nearly 725,000 copies during its first day. By the end of the year, the former First Lady

had sold nearly 10 million copies of her book and toured the world promoting it. In fact, Becoming is so

in demand that it has yet to be published in paperback form.

“So far it has been neck and neck with Michelle Obama’s book,” Barnes & Noble CEO James Daunt said.

A Promised Land has shown no signs of slowing down either. With the holiday season fast approaching,

Obama’s memoir will likely be a big hit through the end of the year. This is great news for independent

bookstores who are relying on major releases such as this to get through a rough year.

“If you’re going to buy President Obama’s new book, please buy it from an independent bookstore.

A book like that keeps the lights on for many stores. A Promised Land is the first volume of Obama’s

With a cover price of $45, many independent bookstores, which have been hurt by the COVID-19 pandemic,

also see the memoir as a financial lifeline as they enter the holiday season. “It’s not hard to be a bright spot this

year, a year when we would have gone out of business without federal aid,” Sarah McNally, owner of McNally

Jackson Books in Manhattan, said to the Associated Press. “But Obama does feel like a savior, as do our

customers for buying this from us.

Breaking: Arnold Schwarzenegger has had his first dose of coronavirus vaccine

Covid-19: Traveler’s arriving in the  UK could be forced to pay for...