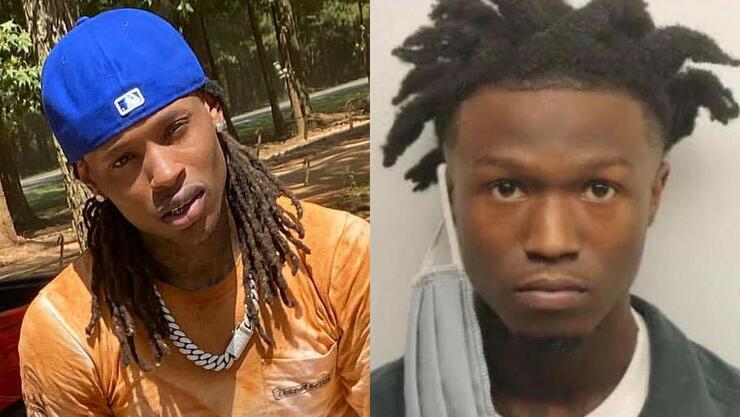 outside a nightclub, according to The Georgia Bureau of Investigation.

A Suspect is currently held in custody by the police . Savannah man has been charged and arrested

in connection with the murder of rapper King Von.

for his arrest on Saturday (November 7) in connection to the Chicago musician’s killing,

The Atlanta Journal-Constitution has reported.

Read Also:Breaking: Rapper, King Von has been gunned down In Atlanta

The 22-year-old, a graduate of Jenkins High School, was charged with attempt or conspiracy to violate

the Georgia Controlled Substance Act, theft by receiving stolen property, and obstruction after an

investigation led to the confiscation of guns, over 15 pounds of marijuana and almost $16,000.

Leeks was one of five arrested in the investigation sparked by the death of the rising rapper,

who was fatally shot in Atlanta and later succumbed to his injuries. He was 26.

As Savannah Now reports, the “Down Me” star, whose real name is Dayvon Bennett, was with a group

his entourage in the parking lot.

There, an argument ensued between both groups, which quickly escalated to gunfire.

The outlet indicates both on- and off-duty APD officers responded, and two fired shots at the location.

six men in total who were shot.

Just In: US rapper Soulja Boy accused of rape by former personal assistant

Just In: James Brown allegedly getting death threats from Bobrisky

Just In: YFN Lucci surrenders himself to police