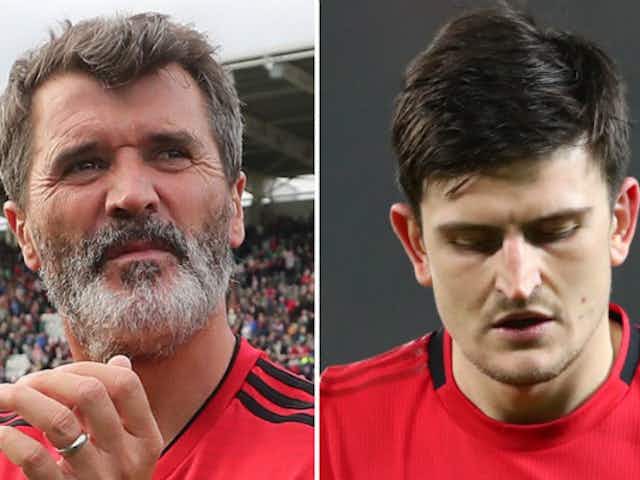 Harry Maguire has responded to Roy Keane’s criticism of Manchester United following the team’s disappointing 1-0 defeat to Arsenal on Sunday.

The 49-year-old had said that the current Red Devils squad lacks leadership, but Maguire emphatically claimed that the team has plenty of leaders.

in the top-flight since February 1990.

the squad and claimed that he doesn’t see any leaders on show among the current crop of players.

“I’m just not convinced with these players. We often talk about characters with Manchester United –

I just don’t see enough of them. These are high-profile players. We give them a big build-up before the match.

I tend to judge players by their actions and the actions I see from this team are nowhere near good enough.

You roll your sleeves up at Manchester United. When things aren’t going your way that’s when you look at your

leaders, your characters – and I don’t see any leaders out there, right through the whole team.

Being the captain, Maguire may have been an indirect target of Keane’s post-match comments and has now

responded. saying I haven’t seen his comments but we don’t bring the negativity into the place, we stay positive and I can for sure say that there’s a lot of leaders in this squad, staff, and players.”

Breaking: Barcelona reveal how much they owe other clubs in transfer fees

Just In: Jockey, 22, dies from his injuries after falling from a...

LeBron James becomes the oldest player since Kobe Bryant to score over...

Just In: PSG set to offer Arsenal Julian Draxler in a swap deal...