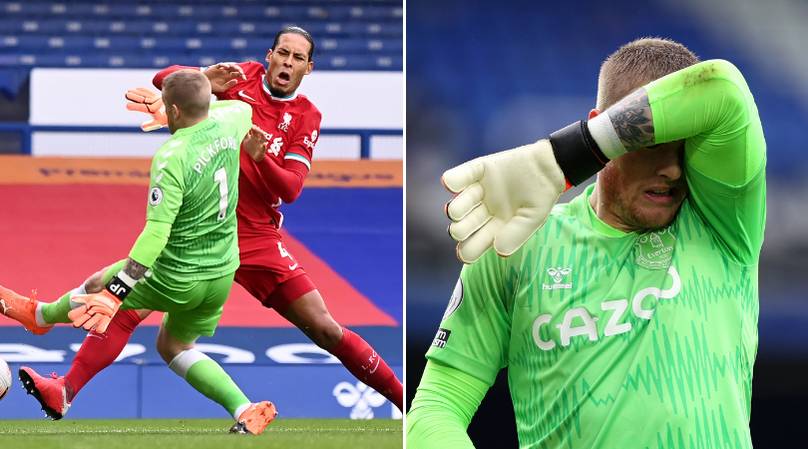 Given the abuse he’s received since, Pickford has felt it necessary to hire bodyguards to protect his family

at their Merseyside home, according to a report in the Daily Mail.

The 26-year-old received no punishment for his challenge, which has left Van Dijk requiring knee surgery and facing a lengthy lay-off.

There will be a lot of frustration in the Liverpool camp, Liverpool supporters, maybe from neutrals wanting

“Yeah, it was a terrible tackle. I’ve had my leg broken, I nearly broke Nani’s leg. These things happen,

unfortunately in football, I don’t think anyone goes out deliberately to hurt someone.”

Everton boss Carlo Ancelotti said:  “To be clear, we are really sorry for the injury of Virgil van Dijk,”  “Every one

of us hopes he can recover soon and well

Chelsea were held by Tottenham Hotspur to a goalless draw

Tyson fights to draw with Jones Jr. in exhibition

Just In: Sergi Roberto ruled out for at least two months