Chelsea a penalty in the 0-0 draw over the weekend.

During the game, Maguire appeared to be holding Cesar Azpilicueta in the middle of a clash and that did

not go down well with  Chelsea boss Frank Lampard.

However, on Instagram, the Man United captain has shared an image of a previous game where Reece James

did the exact same thing to him – only for VAR to look the other way.

Despite that one controversial moment, Maguire put in a good shift against the Blues as he aims to regain 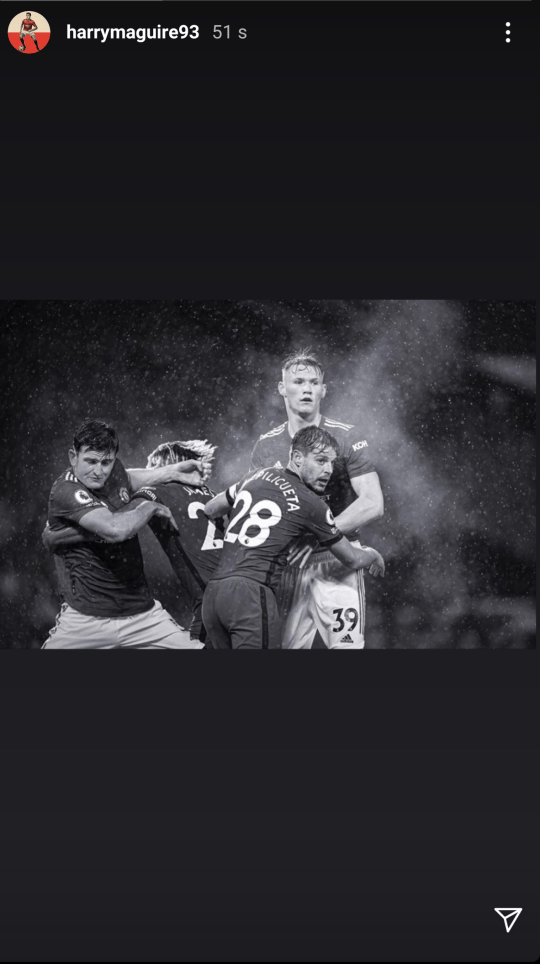 Mo Farah OUT of London Marathon after failing to recover from hip...

Brazil forward Richarlison racially abused as fan throws banana at him during...