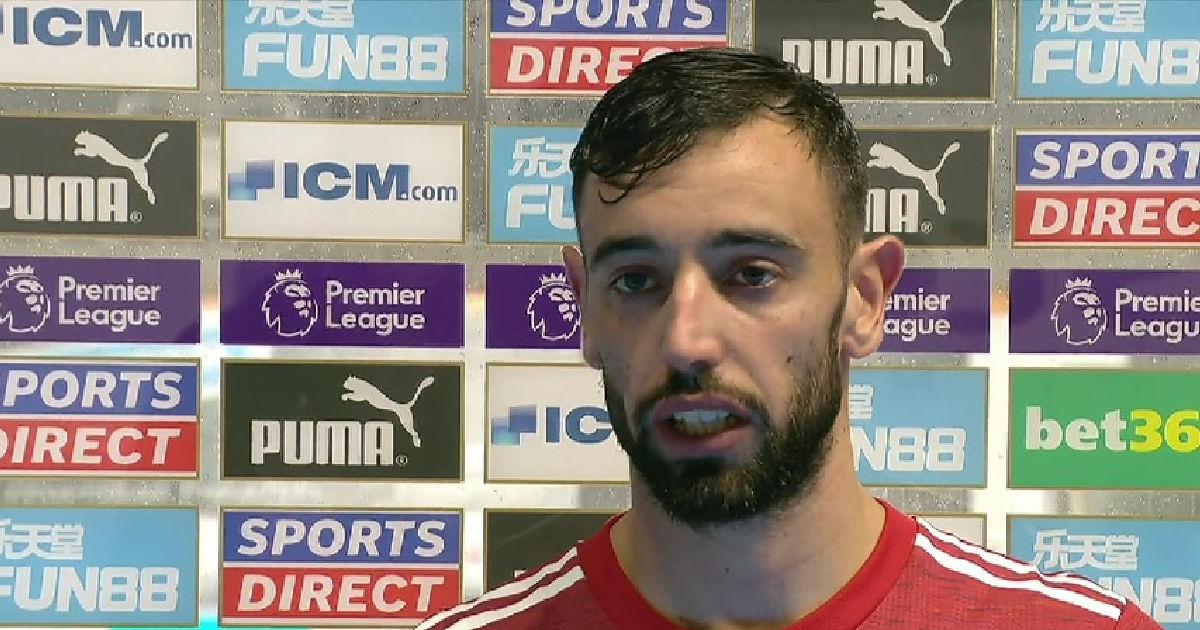 Speaking to the BBC after the 4-1 win at Newcastle on Saturday at St. James’ Park, Bruno Fernandes said:

“Congratulations to him [Karl Darlow], the first goalkeeper in the Premier League to save a penalty from me.

“We played really well. The game was fantastic for us. Newcastle have a really good team, they play well

and have good players but I think we deserved the win today.

“He [Harry Maguire] is a big man. He is playing for the national team and Manchester United. It is of course

difficult for every player being under fire but he did what he had to do on the pitch. We can push him and he can push us.”

On Saturday, Fernandes missed his first penalty for the Red Devils after scoring 10 consecutive goals from the spot.

Edinson Cavani explains why he has adapted quickly to life at Old...