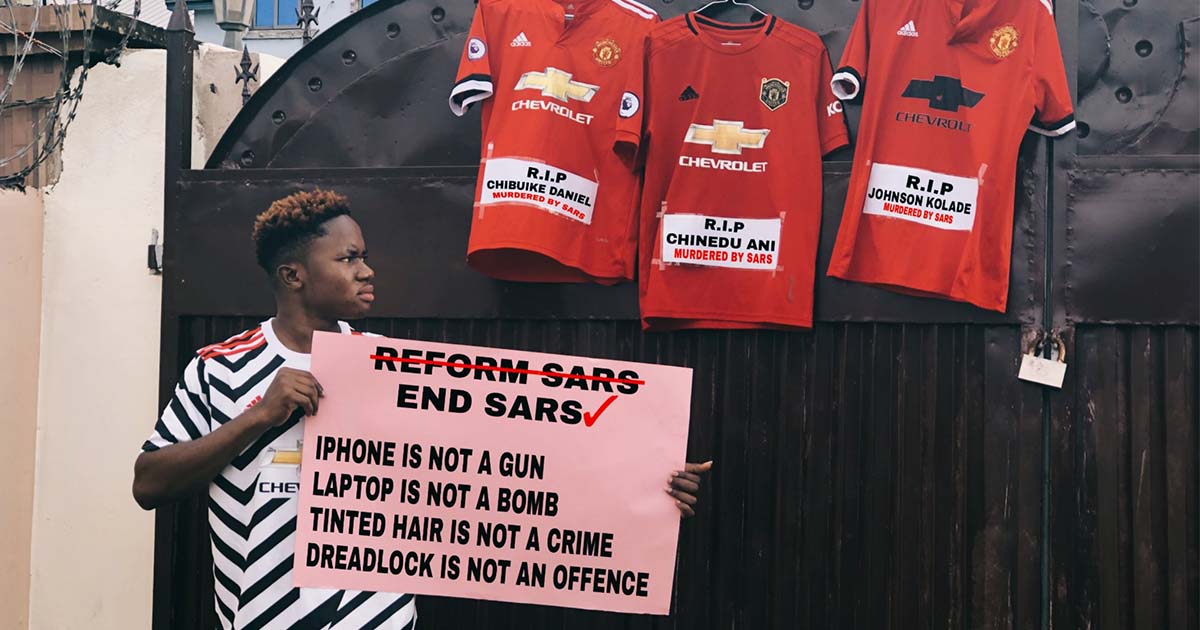 Hundreds of people have protested against alleged police brutality for a second day across Nigeria after a video of a man allegedly being killed by police went viral.

Anger has been brewing on social media after the video of the alleged killing in the southern Delta state, which authorities denied was real.

In their call to end police brutality and oppression in the country, Nigerian  Manchester United fans have asked the club to show their support for the cause.

The Happy One: “Dear Manchester United. The police under the body of SARS are killing your faithful fans here in Nigeria, just as the #BlackLivesMatter so also do Nigerian lives matter. Join the protest #EndSarsNow.”

#Endsarsnow 😎: “Dear Manchester United most of your fans in Africa are from NIGERIA. We are being brutalized by one notorious police Unite called SARS and many innocent lives are being lost on daily basis, please lend your voice support to the movement.”

@vykterakynes: “They are killing our youths here in Nigeria. @ManUtd fans here are dying every day. The @NigeriaGov is not proactive to stop the killings and brutality by the dreadful #SARS.”

@adetoola: “Dear Manchester United. I am also a fan, I might be killed someday while watching one of the Premiership matches.

It has happened before and might happen again if we don’t #EndSARS. Kolade Johnson was killed while watching a match by SARS operatives. Lend your voice to our cause.”

SARS have been accused of kidnapping, murder, theft, rape, torture, unlawful arrests, extrajudicial killings, and other crimes, with video-evidence to back up the accusations.

DSS arrests Tanko-Yakassai over issues beyond expression of opinion – PRO

Same-sex marriage will not happen in my time as President – Nana...